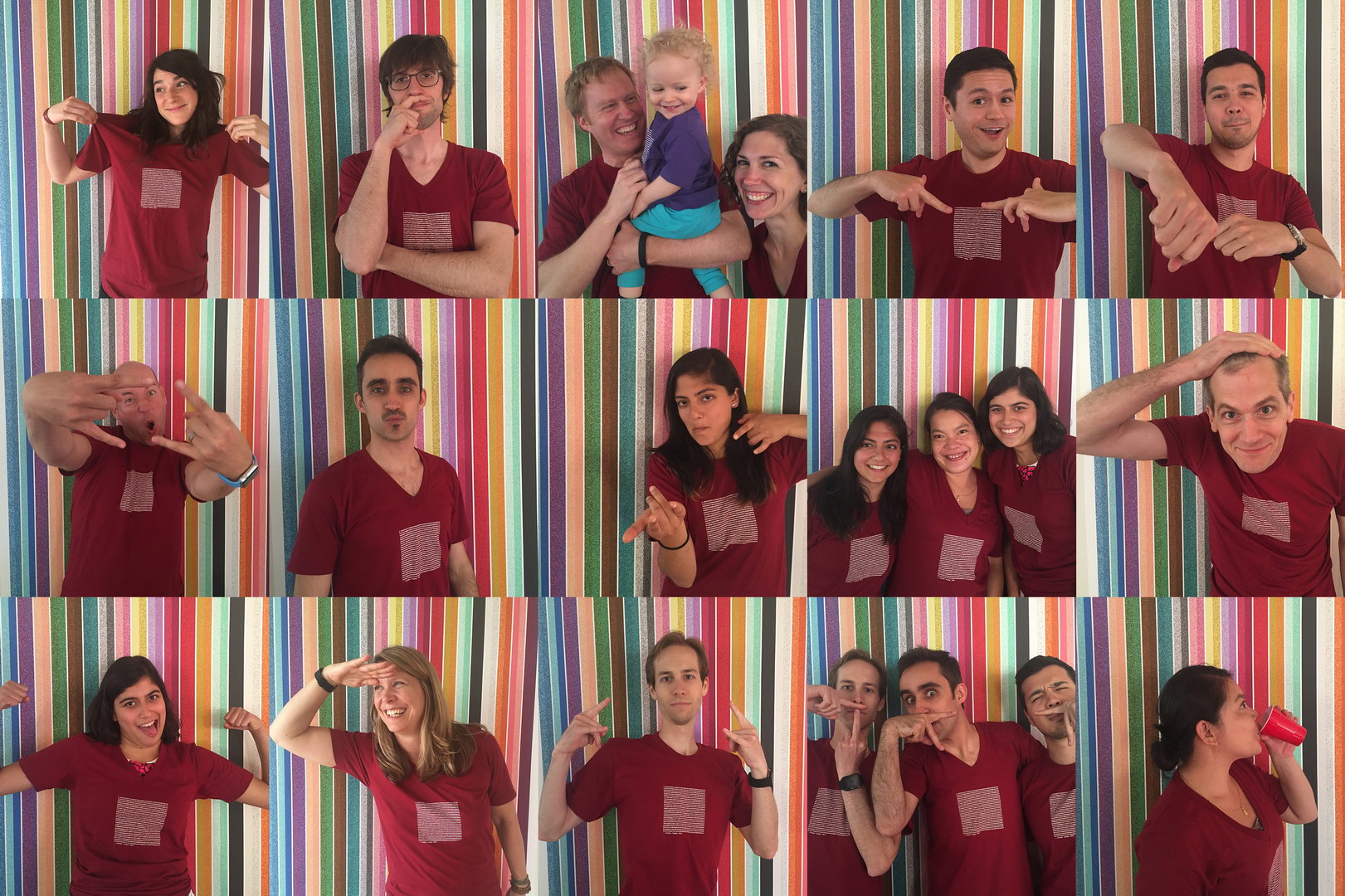 As many of you already know, I am a confessed Tauist, and I observe Tau Day (6/28) with fervor, as the celebration of the true circle constant: τ.

But why so much hassle? As Michael Hartl puts it, I love clarity, correctness, human history, and a nice mathematical hack. 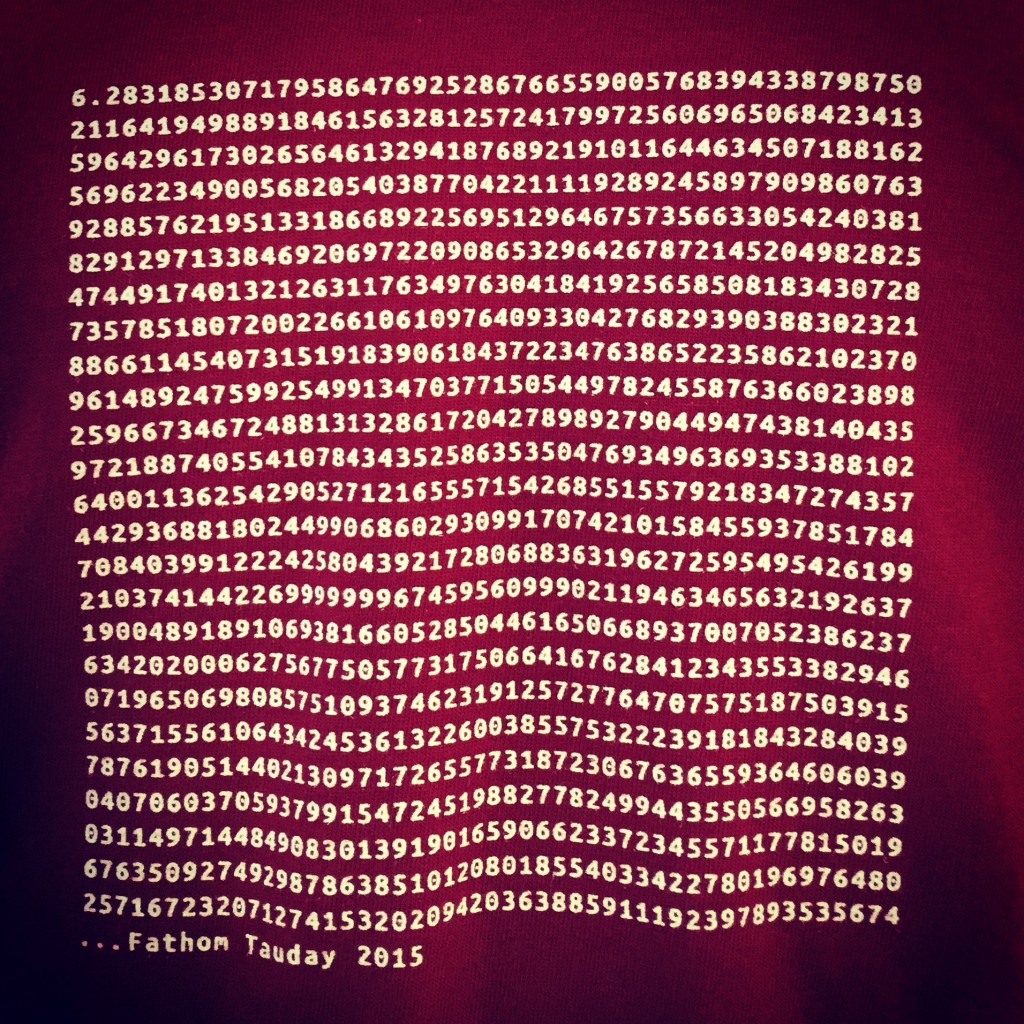 Last year I celebrated with my beloved peers at Fathom Information Design, and it was epic! For our first Tau Day celebratory party, among other commemorative acts, we released Peep in Tau, an app that lets you browse for any sequence of digits in the first 100 million decimals of τ (as a sequel to our Half Tau Day app Peek in Pi). Also, we ate two pies, and played an awesome game of Taupardy! 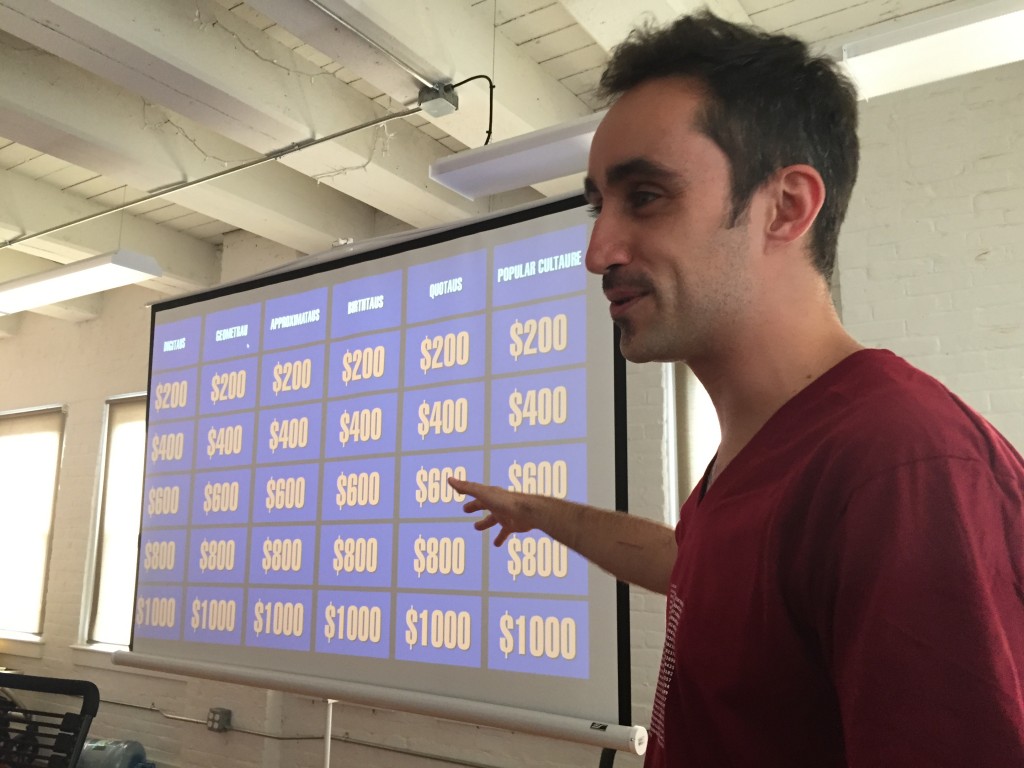 This year I am spending the summer at the office again on a ‘Research Residency’, so I couldn’t resist organizing another celebratory evening. And of course, it was tausome! This time, we had not one, nor two, but three pies thanks to Mark and Kim, James gave us a sneak preview of the forthcoming Jawsography app, and we played Taupardy! again, with much greater success than last year. The rest of the evening, I probably shouldn’t disclose…

And in line with our tradition of celebrating τ by releasing code, this year we cleaned up our Taupardy! app a little bit, and decided to open-source it, including our own Fathom’s 2014 & 2015 panels! So now you can also celebrate Tau Day playing a Taupardy! game with your friends and beloved ones. And don’t forget to share your panels and pictures with @fathominfo.

Check out our Taupardy! app:

Furthermore, I am very happy to announce that Michael was kind enough to feature our latest shenanigans on the State of the Tau 2015.

May the word be spread.